Ways to Sue an Attorney for Malpractice 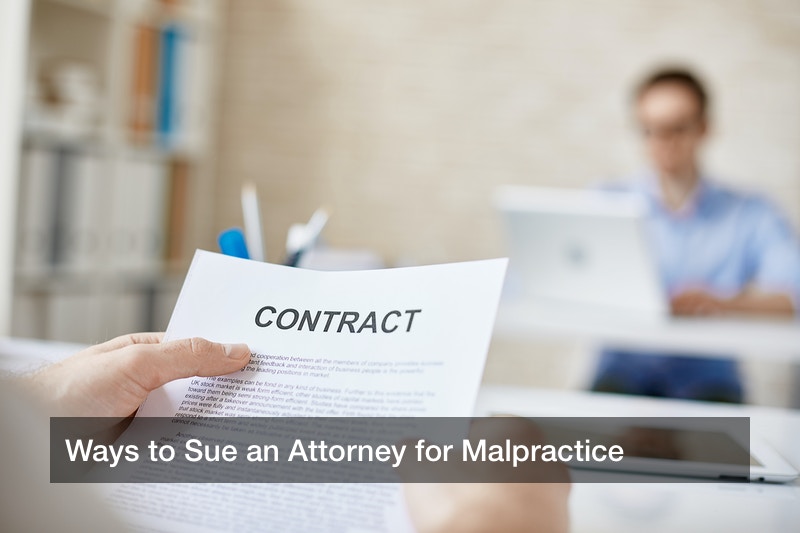 In the legal profession, there are many instances when attorney malpractice takes place. Unfortunately, most of these cases go unreported since many people are unaware of how to go about the process or even being aware that they are allowed to sue in case of attorney malpractice. It is understandable that there are bound to be errors in the course of representation between you and your lawyer. Understanding when there in an attorney malpractice therefore requires that you establish whether the errors were intentional. Of course humans are allowed to make errors and lawyers are no different. The problem is that these errors should not be as a result of negligent behavior on the part of the attorney. For example, there are instances when an attorney can increase the attorney fee in the middle of the representation. This is a form of attorney malpractice especially if such an arbitrary increase was not included in the initial contract. Even before you decide to seek assistance from an arbitrator for attorney malpractice, establish whether you have a case against the attorney in the first place. Lawyers are guided by a strict code of conduct in terms of professional conduct as dictated by the local bar association. For this reason, they are bound by a strict code of ethics. The next time you feel like there was some form of negligent behavior by your attorney, do not rush to file an attorney malpractice claim. Evaluate your options and you have a strong conviction that you have a case, below are tips to guide you in the process of filing an attorney malpractice case.

Common Claims Against Attorneys
When it comes to attorney malpractice cases, there are common lawsuits that most people file against their lawyers. The most common lawsuit is negligence. Negligence lawsuit occur when your attorney fails to apply common standard and ethical procedure when handling your case as it would be expected from a professional lawyer. Whether it is a case of employment, intellectual property or even contract disputes, there are certain standards that the legal experts should maintain when handling your case. The other common lawsuit with respect to attorney negligence is breach of contract. During your initial point of contact with your attorney, it is expected that a contract was signed. This contract dictates your relationship with the attorney and the conditions that are supposed to be adhered to during your interaction with the lawyer. It is also the contract agreement that details the cost of service and any other details that should guide the process. Unfortunately, there are attorneys who go against the original contract and perform things contrary to what was detailed in the contract. For example, the cost of legal service should be included in the original contract document. Unless with a valid reason, a lawyer is not supposed to increase the cost of legal service. Such an increase is considered as a breach of contract.

Challenges with Proving Legal Malpractice Cases
The reason why attorney malpractice lawsuits are under-reported is simply because you have to prove beyond any reasonable doubt that there was negligence on the attorney’s part. Proving this in front of an experienced mediator can prove to be challenging especially if you have a weak legal background. First, you have to prove that you had a contractual agreement with the said attorney or law firm and that the lawyer was representing you in a lawsuit. This is probably not as challenging as long as you have copies of your contract with the attorney. The other part is proving that there was gross misconduct by the attorney contrary to the professional and ethical standards required in the legal profession. This is a little bit complicated since it is expected that the lawyer will also have the chance to lodge a defense. The last part is proving how the negligence or breach of contract affected you at a personal level. The effect can be financial, emotional or otherwise. Understanding legal malpractice can be challenging at time. However, the presence of arbitrators means that you have a chance to get justice in case your attorney acts contrary to the standards of a professional legal expert.